Why are the slices not accurate in my pie chart in Illustrator?

I made a pie chart that contains several slices. Two of the slices are .1%. 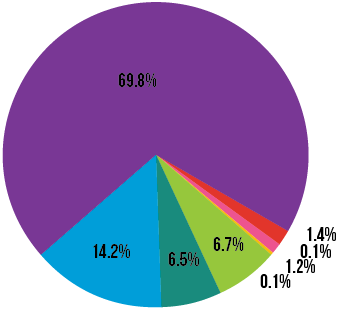 One .1% slice (the yellow one) can easily be seen, while the other one is incredibly small - you have to drag the other slices out of the way to see it. 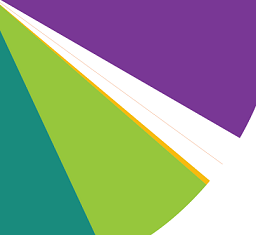 Both have fill colors selected and both have the stroke set to "Transparent". What would cause one slice to appear much smaller than the other? The only thing I can think of is that I did rotate the pie charts at one point, but I can't see how that would cause one tiny slice to change, since I rotated the whole pie, not just one slice.

Someone suggested that I should turn off the Enhance Thin Lines setting, but I don't have that option (or any kind of "Performance"/"GPU Performance" tab) in the Preferences window: 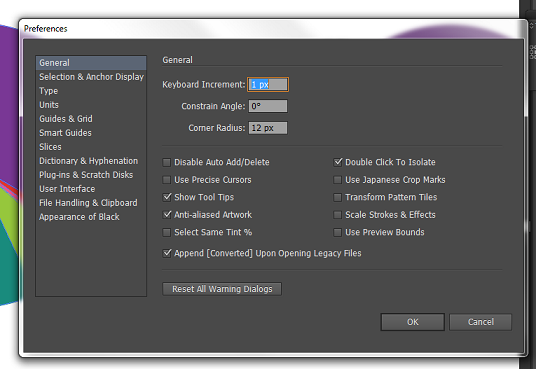 Illustrator seems to have internal 1 degree resolution when it draws pie charts. Smaller than 1 degree slices are left out if there's not enough cumulated residue after calculating other slices before it. 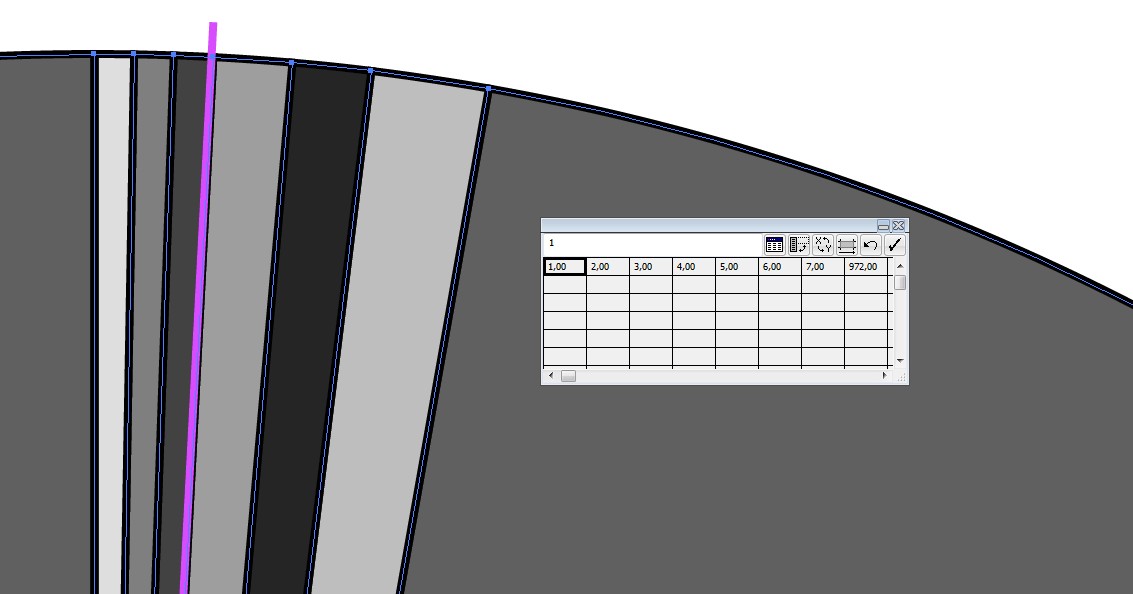 The magenta stroke is my measuring tool. It's height and width show that those 3 first slices are together 3 degrees. (=arctan(W/H))

0,36 degree slices can be drawn manually, because that 1 degree limit isn't general, its only in pie chart creation. You can well rotate a line 0,36 degrees perfectly.

How to: Add too small numbers to adjacent bigger numbers and draw the missing slices on the bigger ones. That can well be done with the pen, nobody cannot see is it 0,3 or 0,4 degrees.A triangle probably is accurate enough at least onscreen. Drawing a line and filling the new slice with the Shape builder do not work until the chart is fixed uneditable. Not recommended!

Not the answer you're looking for? Browse other questions tagged adobe-illustrator tools data-visualisation chart-design or ask your own question.

3
How to graphically represent click data
1
Pull apart pie chart slices in Illustrator but retain stroke
2
How can I present this information with less required user interaction?
1
rotation target and illustrator actions
3
Show legend AND percentages in Illustrator pie chart
3
What is this type of graph/plot called?
0
How do I change the order of pie chart slices?
3
Is there any quick way to write the text headings at specified rotations in a pie chart?
2
Properly display multi-line chart when series overlap
1
What type of chart is this and how can I create a similar chart?