How can you define the closest actual plane using Vanishing Point?

In this photo, there's only one corner visible. That's why it is becoming difficult for me to define the floor plane (the plane on which objects like glass are placed). I want to put a Sachet over there. 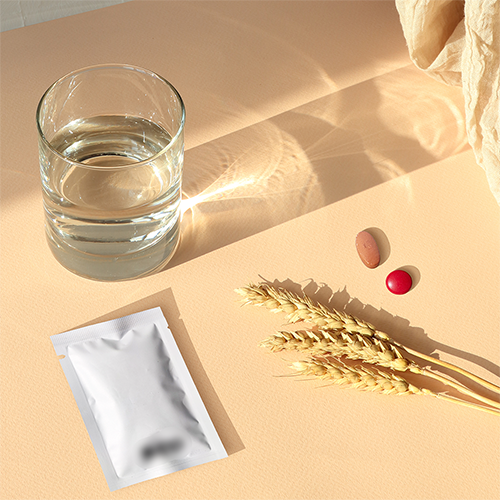 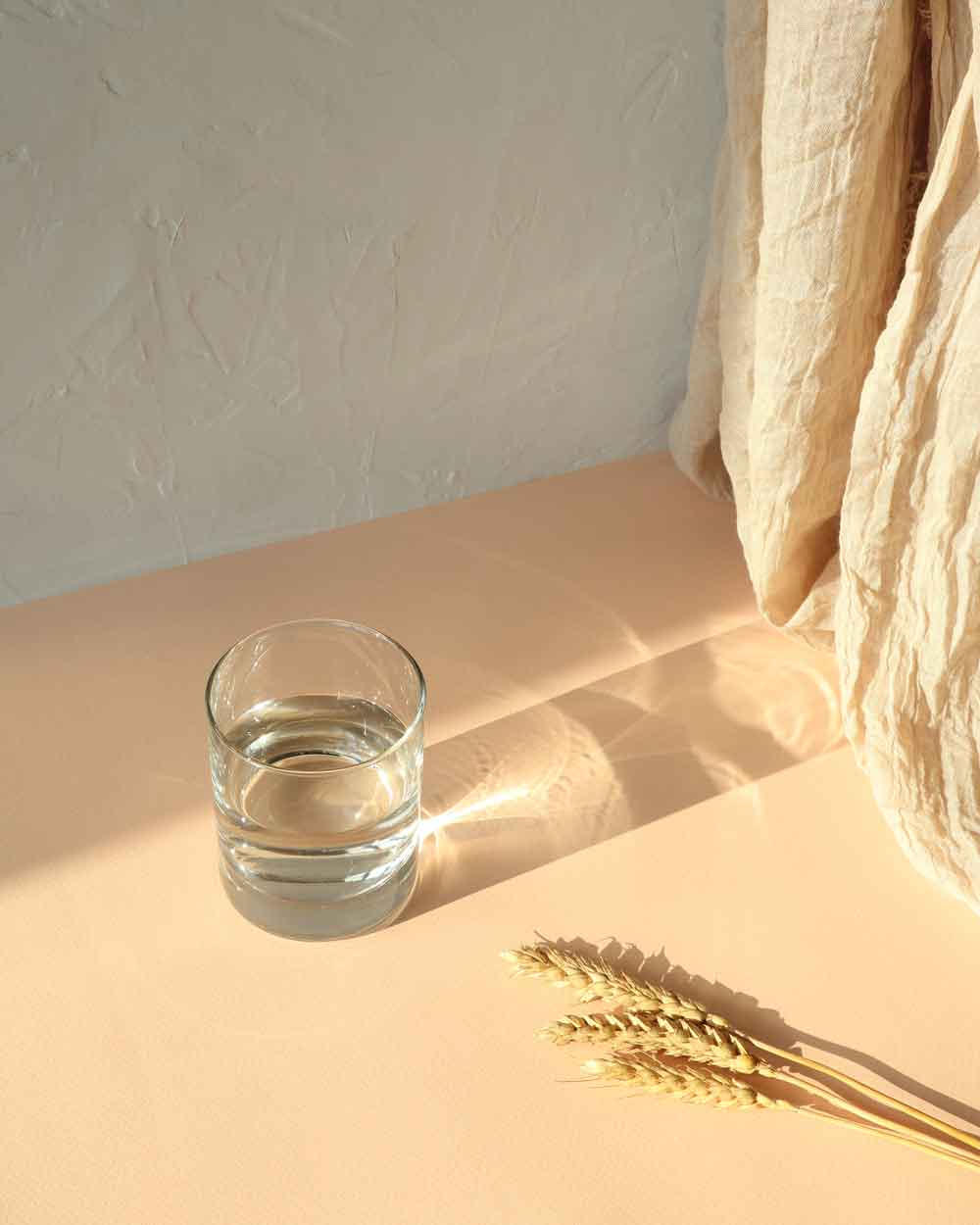 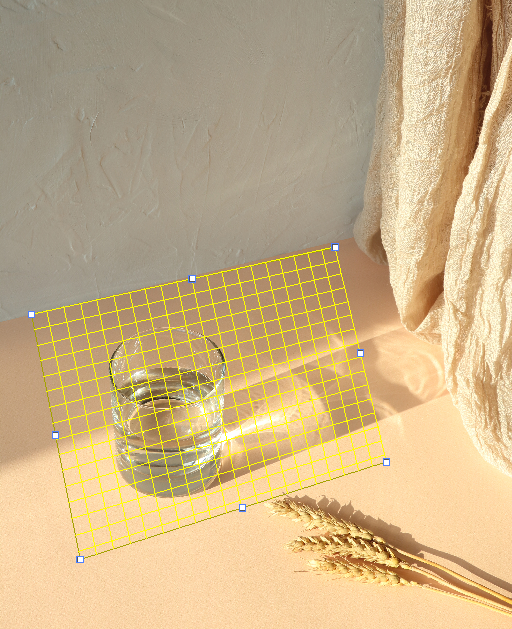 Currently, I've put the Sachet and Tablets using hit and trial method, without using Vanishing Point filter. But I'm pretty sure the Sachet is not looking better. There's something wrong. Either it is too much distorted or it is toppled.

Now, given I have only one corner in the photo, can I somehow define the floor plane using this filter?

At first: the presented area is so narrow and shallow and it's seen from so far that there's no need to have any finer perspective than a parallel projection. Proof: Your glass seem cylindrical, it's not wider on the top.

You have a good reference: the glass. Assuming it's round you can easily decide how much a circle must be distorted to make it fit with the top of the glass. Distort your inserts as much. The shadow isn't critical except if the white package should have exact thickness. Illustrator can be used for tests.

Here the grey rectangle is a random top view of the package. The green rectangle is the distorted version which das got the same vertical squeezing as the edge of the glass (=to 70%) 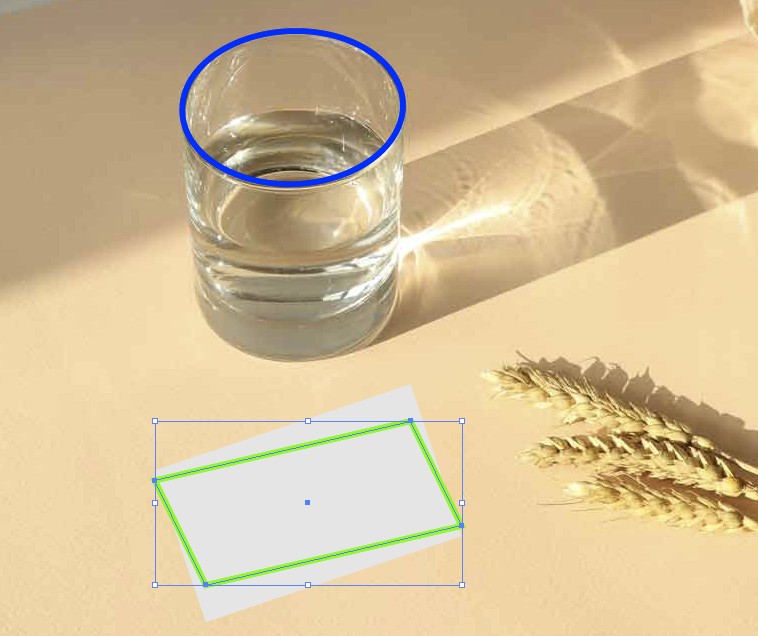 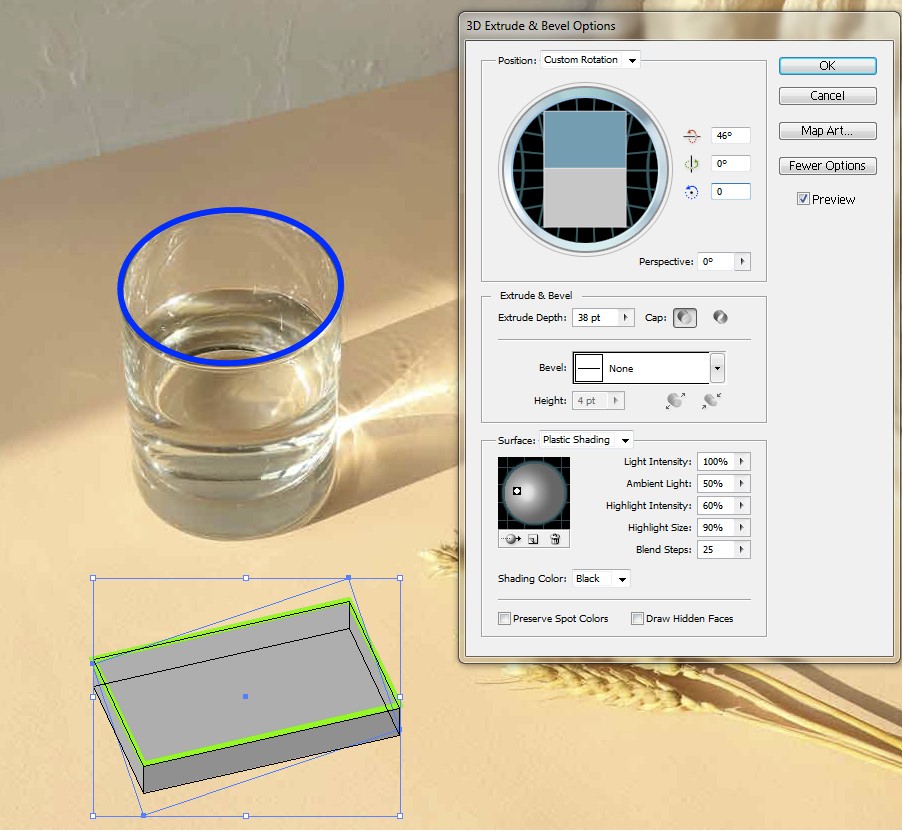 The shadow can be guessed from the shadow of the glass and wheat: 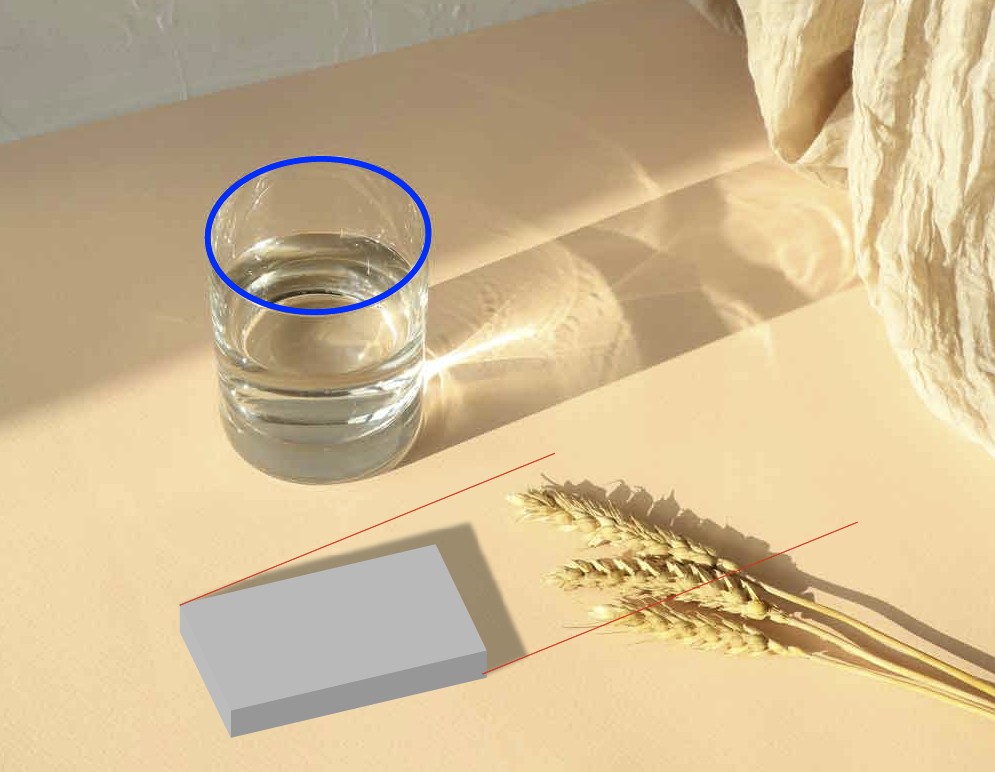 The grey box unfortunately isn't your actual package. But it shows how you get the needed distortion. It's very difficult to turn the projection of a photo of a tall 3D object. You need a photo which has been shot from the right direction and from far enough to keep the perspective off. A 3D model could be useful.

If you can reshoot the package you hopefully can also rebuild a scene this simple.

A thin package needs only the distortion. It was at first placed on the top glass edge and squeezed vertically until it looked standing flat. On the floor it doesn't need a shadow except what's under the nearest edges. It's just visible but it separates the package from the floor. 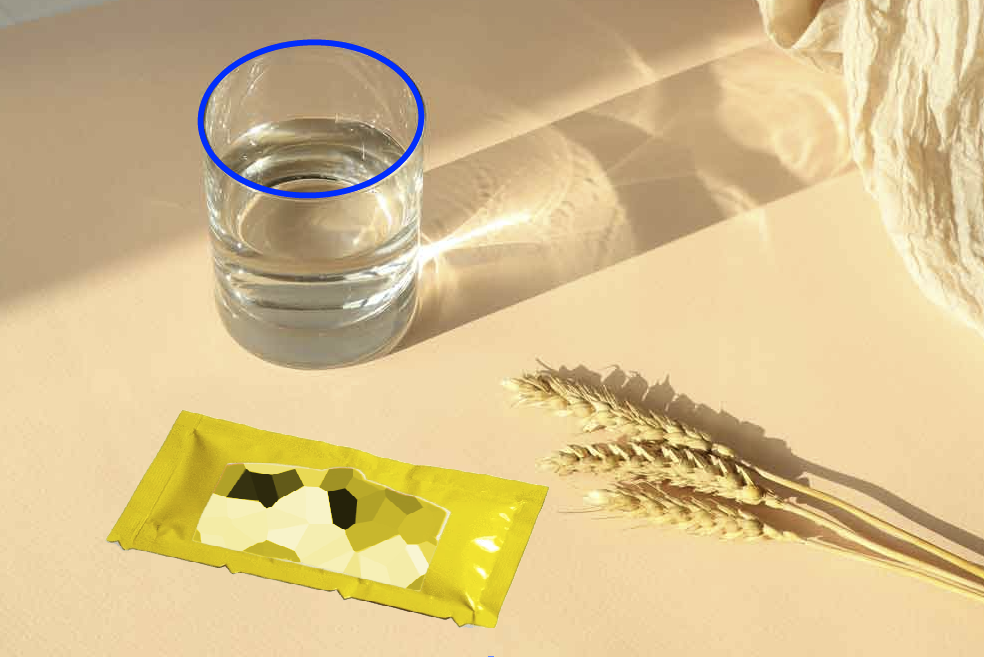 Your package isn't thin. Its distortion isn't impossible, but vertical squeezing makes it more plausible. It had got a wrong shadow and the near end was blurred just where one expects something glossy. A patch taken from the far end fixed it. 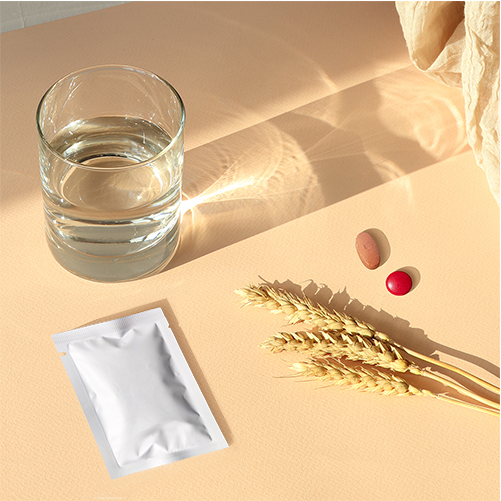 I made the package only to resemble something that I expected. It's a guess, I have no actual knowledge of the proportions of the package nor what's printed on the near end.

Not the answer you're looking for? Browse other questions tagged adobe-photoshop photo-editing perspective or ask your own question.

3
How to create a vanishing point on a curved surface?
0
Clipping a photo to a rounded gradient background
1
How can I create a polar (radial?) perspective grid in Photoshop CS5?
0
Hidden layer in image preview, can't see in Photoshop
2
How does the distance between stationary point and picture plane effect perspective?
2
Why does moving the station point change the COV but not if you move the picture plane?
0
Generate a vanishing point grid in Photoshop
1
Finding proportions in perspective
1
How to find the fourth point on a plane defined by 3 points