How to create a pattern that does overlap the boundary

Working with the latest version of Adobe Illustrator I need to create a pattern that fills within the boundary of a polygon but doesn't clip the individual objects that make up that pattern. My existing attempts result in fig.1 but I'm trying to achieve fig.2 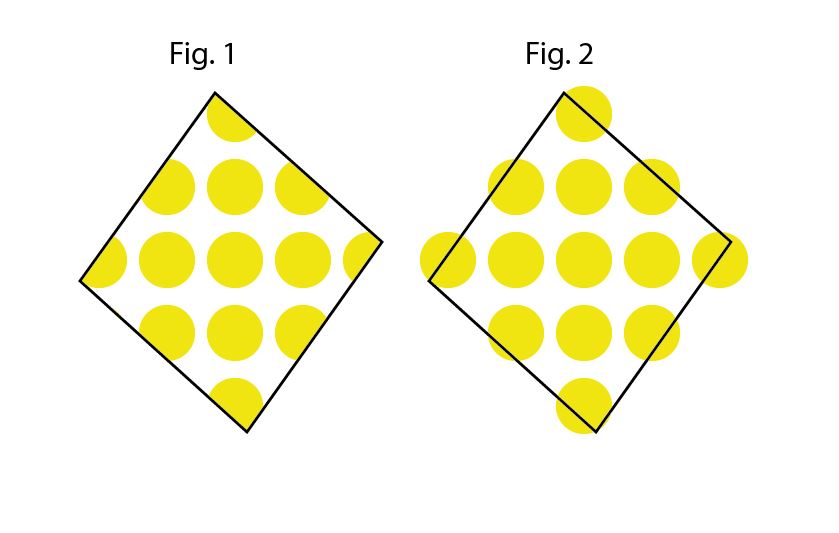 With a Pattern Swatch, as defined in Illustrator, it is not possible to accomplish this.

Pattern swatches in Illustrator always clip to the tile bounds. There's no feature or mechanism to define objects within a pattern that ignore any tile clipping. In fact, the entire point of a pattern is to repeat to the clipping.

That being posted, you may be able to apply a pattern swatch then expand the object's appearance and then remove the resulting clipping path. This will show whole objects within the pattern. You would then need to manually remove anything which maybe superfluous. There are generally a lot of superfluous objects when doing this. I'm uncertain if it would be easier to merely create the circles you want without a pattern, or to delete the extra objects after expanding a pattern. Somewhat depends upon the artwork.

For something such as your sample image.... You may find that merely using dashed strokes on a series of paths is easier. Combined with a few manually placed circles when you need a single circle. 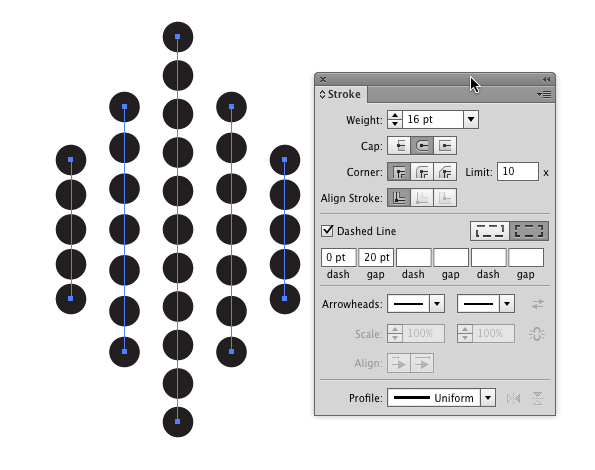 You do have to watch path lengths with this method. Despite what one would think, the dashes will adjust if a path is slightly too short/long for full dashes. As you can see in the image above, none of the dashes line up between paths. Each path needs to be a length that is evenly divisible by the stroke weight + the gap distance (36pts in the image above) in order for the dashes to all line up.

Perhaps the best (easiest) method, given the sample image, may be to use a Pattern Brush applied to paths. This would help ensure the dots line up between paths without the necessity of measuring path lengths.... 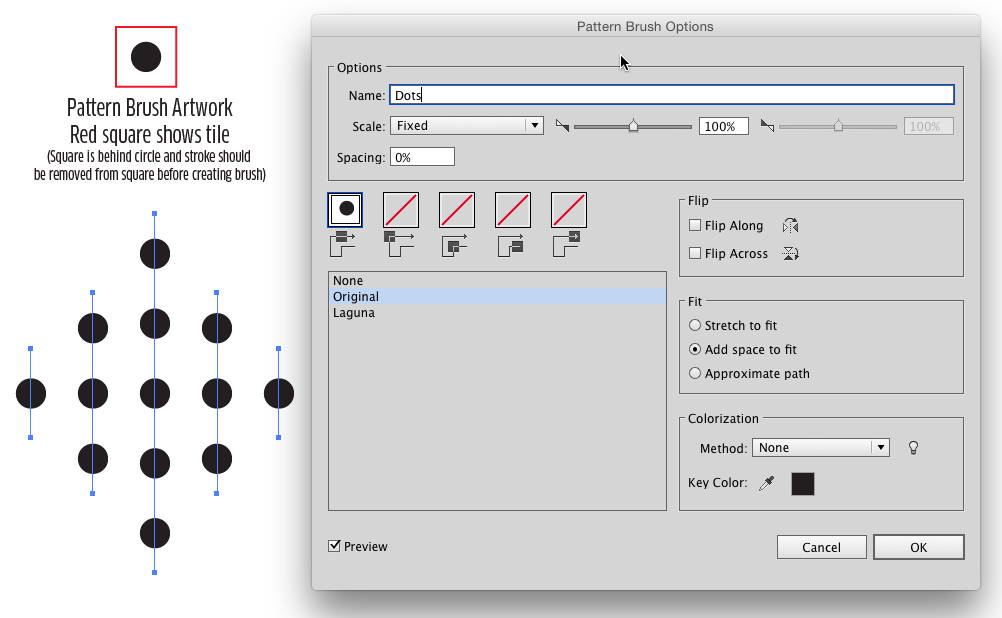 Not the answer you're looking for? Browse other questions tagged adobe-illustrator patterns illustrator-scripting or ask your own question.

11
How can I create a circular zig-zag pattern?
1
Creating Patterns in Illustrator CS5
2
Most accurate way to cut up a shape at 45 degrees
0
How to create perfect geometric triangle seamless pattern
1
Is there any way to add a round cap on a pattern brush stroke?
1
How to create a vector pattern with arbitrary sized/rotated objects?
2
Making a pattern that follows the shape i'm working with
3
Illustrator - how to create a Pattern Brush that overlaps itself?
0
Illustrator, Copy & Scale to create repeating pattern