Is there a way to do a contraction offset on a shape in Photoshop without rasterizing it?

So... say I start out with a simple Shape.

(I mean this like a literal, vector Shape, with the capital S. With the grip points. It's important that I wind up with one in the end, too) 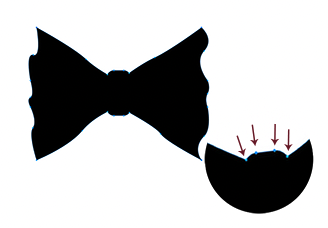 Now, I want to do a contraction offset, such that the outline/silhouette/stroke is contracted INWARDS, consistently and the same amount from all directions. 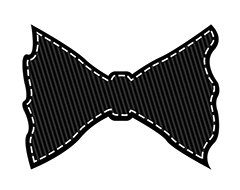 So, straight out the gate, the shape's irregularity precludes simply scaling it... 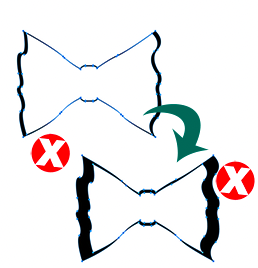 ...even if I DON'T maintain the aspect ratio, it's still inconsistent. 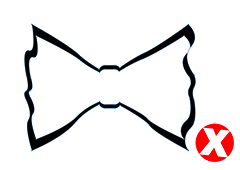 Same goes for just shift-offsetting it. 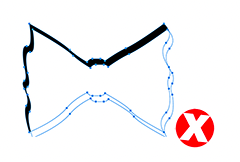 Even the old "quadruple cardinal offset/intersection" trick still can't do it perfectly. 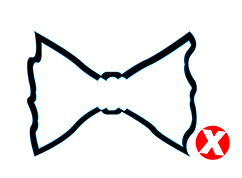 Now, I KNOW this can be done in Illustrator...

... which I don't have access to at the moment.

Is there really no way INSIDE PHOTOSHOP to turn this...

...into this without having to rasterize the image?

In response to Scott's (reasonable and excellent answer):

Well (and again, this IS a rather contrived example, but work with me here): the simplest reason as to why not a stacked stroke is simply: 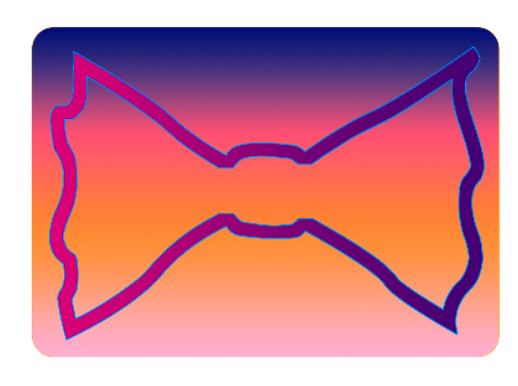 ...if one is after two gradients going in opposite directions. Or possibly: 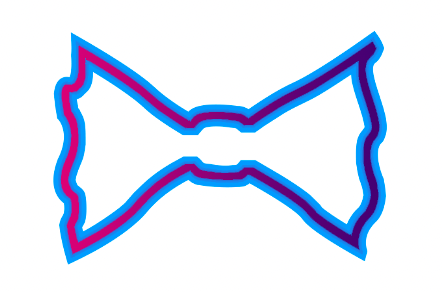 ...I'm trying to save my stroke for something else.

In reality, though, the real reason is I'm working with SMIL - specifically SVG morphology for the web. So for this (again, contrived) example, say, I want my bow... 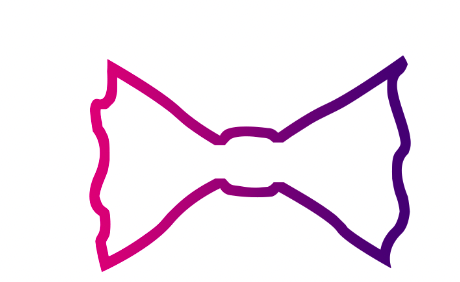 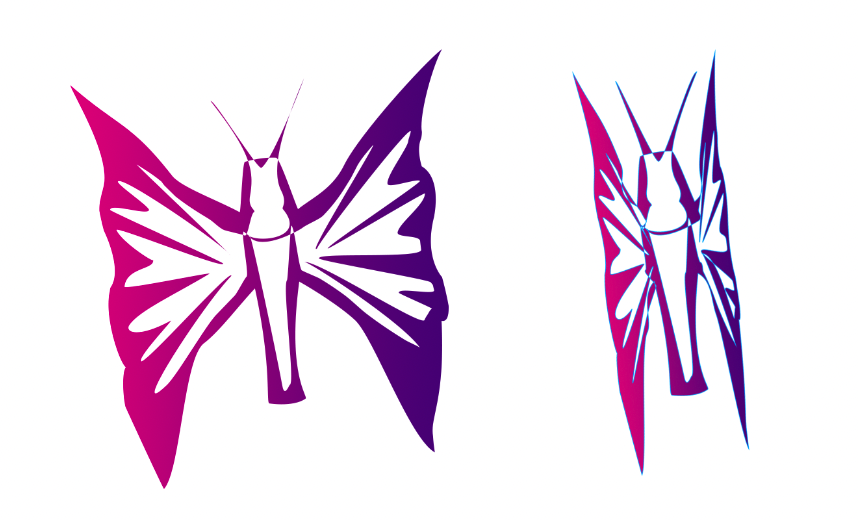 To do this, I need to have the same number of vertices in the starting and ending image. Yes, there are libraries like Greensock that can partially cheat it, but that's not the point. Really, I just want to know if there's a expand or contract for shape paths in PS. Because, and to answer your question, Billy, I don't have access to another tool in this case. I'm not on my rig.

I'm afraid, to the best of my knowledge, Photoshop offers no ability to programmatically expand/contract anything vector-based in order to achieve equidistant offsets.

The best one can achieve is always merely "by eye."

This is one area where Photoshop lacks usability in terms of its vector tools.

Far more effort than merely an offset.. but this will ultimately end in better results most of the time.

ermm... seems like you may be overthinking this. Unless there's some reason you must have an inner path as opposed to merely the appearance. But then, why would you need the inner path?

Unless I'm missing something, one can merely set a Fill and Stroke for the shape layer... 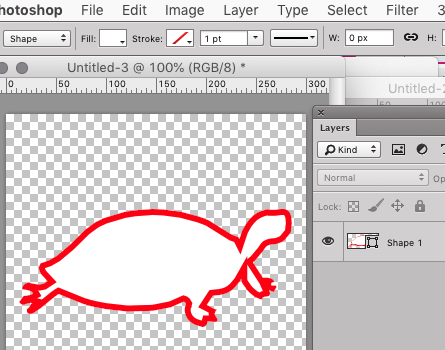 You can set the stroke alignment to the Inside if you want the shape edges to remain the same... 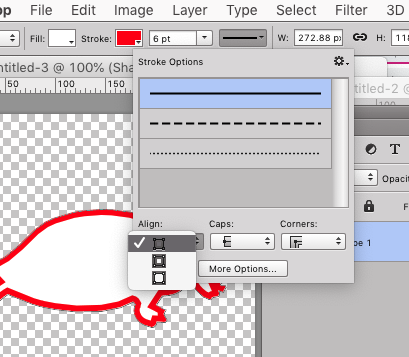 If you want to be able to adjust the fill separate from the stroke, example: apply layer styles to fill, but not the stroke ...

Stack a copy of the shape layer and apply different fill/strokes to the copies. 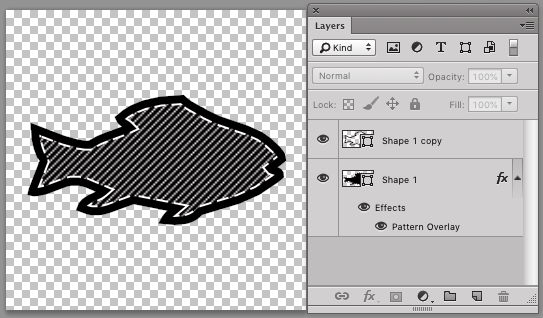 The black stroke on the top layer created the appearance of an inner offset and allows you to add the dashed stroke to the bottom layer.

3
In Photoshop, is there a way to incorporate a stroke into the shape object/layer itself?
3
Photoshop - Shape dynamics
2
How to intersect existing shapes in Photoshop
0
How to delete a specific shape from an image without rasterizing the shape?
2
Exporting only outline in SVG from Illustrator for 3D model
0
Can I align a stroke to the inside of a shape with "Apply gradient across stroke"
0
How can I resize my image without rasterizing the text layers?
1
Is there a Sketch plugin to offset a path?
0
How can I make an offset line in photoshop?