how to compensate 50% opacity white over photograph

I have a photo and a while ago I had added a layer on top of it which was pure white at 50% opacity.

How can I compensate that effect to get back the original picture?

I have tried adding a black 50% layer, but the picture becomes too dark and there is not enough contrast.

To undo the 50% white overlay, you want a color transformation that:

Thus, if you create a new white layer, set its blending mode to Burn, and then draw an exact copy of the original overlay in 50% gray onto that layer, it should cancel the overlay exactly.

Here's our test image — a basket of mushrooms with a layer of white text over it: 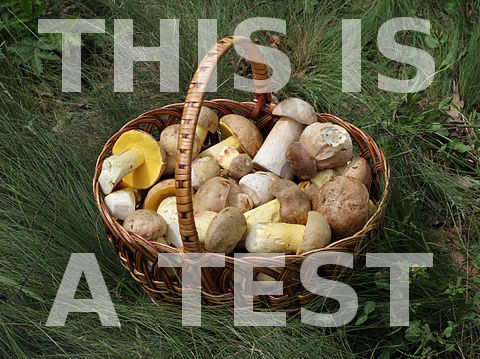 Now, I could've cheated and just used a copy of the text layer as my burn mask, but in practice, you'd typically have to reconstruct the mask by hand. So what I did was use the Magic Wand tool (with the threshold set to 25; you'll need to tweak this for optimal results) and try to select as much of the text as I could, without going (too much) outside it. Then I switched to my new white layer, and filled the selection I'd obtained with 50% gray: 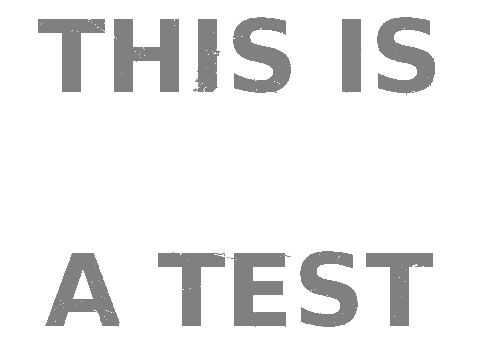 Of course, I could've improved this mask further with manual tweaking, but I deliberately went with this imperfect mask for demonstration purposes. Changing the blending mode of this mask layer to Burn, here's the result: 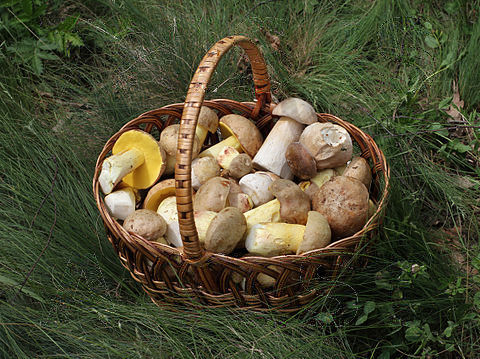 Note how minor traces of the overlay remain in places where the mask is not 100% accurate, and there's also some left-over JPEG compression noise visible in the de-masked areas, but most of the image is nearly perfectly reconstructed.

(If I'd used an exact copy of the text overlay for the burn mask, and hadn't saved the image in a lossy format before attempting to reconstruct it, the result would've been visually indistinguishable from the original. Actually, that's what I did at first, but I felt that made for a rather boring and somewhat unrealistic demonstration.)

You can use a levels adjustment layer. I did this in Photoshop but the same technique can be used in other programs.

On the left I applied a 50% opacity white layer to show the effect. On the right I had the 50% effected text layer and then applied a levels adjustment layer.

Note: I moved the white part of the levels slider so the white background would not darken. This makes every pixel to the right of the white slider completely white.

You can use the levels but if you don't want to adjust manually there's a very simple way to do it. My screenshots are with Photoshop but I see you have the same tools with Gimp.

You simply select the black color picker on your Levels panel and go click on the darkest part of your picture. 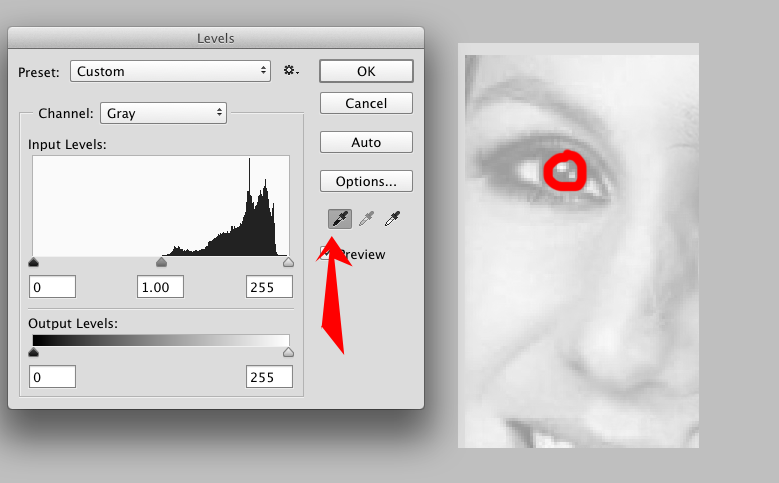 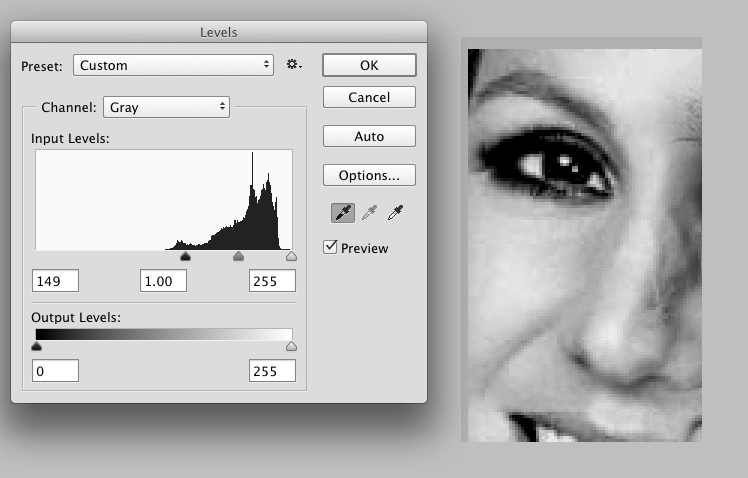 Then select the white color picker on the Level Adjustment panel and find the lightest part of your image. You might need a few tests.

For my picture, I had to click on the cheek.

And this is what you'll get. It's not perfect but a nice shortcut. Then you can adjust manually if you want more nuances. 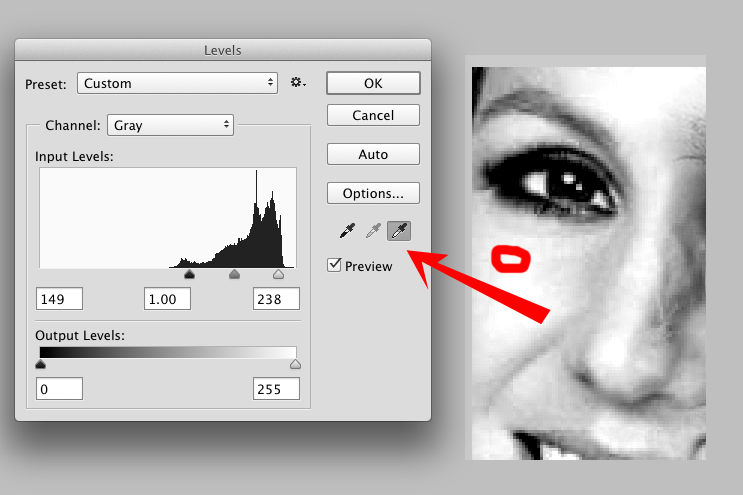 You can adjust the color of your black and white by double clicking the color pickers.

You'll likely never get the exact same image back, but another option is to take your existing image layer, duplicate it, and then set the blending mode to the layer above to 'multiply'. You may need to do that a few times.

9
Scan of paper: keep grain pattern, remove gradient
2
Is it necessary to manually tweak colors between screen and print versions of a design?
3
Scanning colored pencil illustrations and prepare them for printing?
1
clean up the background for scanned document

1
How to recreate this color overlay backlight effect circle layer?
0
How can I achieve colour overlay effect in PS?
4
How to eliminate the white highlights?
0
How to remove cloth pattern and change color but keep shadows?
2
Replicate curves adjustment in Photoshop
1
How to change a white shade to a different white shade?
0
How to correct darkening damage to and old photograph?
0
How can I make one section of an image darker?
0
How to indentify original color in a white background picture
0
Photoshop: change B&W gradient to red-white